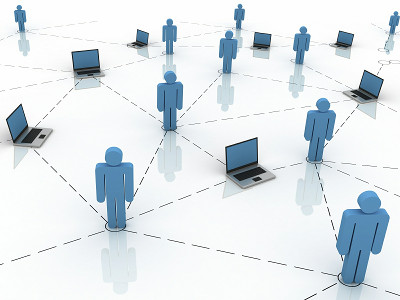 Linux can be used as a DHCP server.

Quoting the official Red Hat Deployment guide, “DHCP is useful for automatic configuration of client network interfaces. When configuring the client system, the administrator chooses DHCP instead of specifying an IP address, netmask, gateway, or DNS servers. The client retrieves this information from the DHCP server. DHCP is also useful if an administrator wants to change the IP addresses of a large number of systems. Instead of reconfiguring all the systems, he can just edit one DHCP configuration file on the server for the new set of IP addresses. If the DNS servers for an organization changes, the changes are made on the DHCP server, not on the DHCP clients. When the administrator restarts the network or reboots the clients, the changes will go into effect.”

The preferred way to configure a DHCP server is to start from a sample dhcpd.conf.

Linux provides Bind, a full-fledged DNS server. Bind can operate as a caching nameserver as well as a DNS server which is fully authoritative for a zone (or many zones). The preferred way to configure Bind is to start from sample named.conf and zones.