You are here: Home / Topic / Programming for the Web 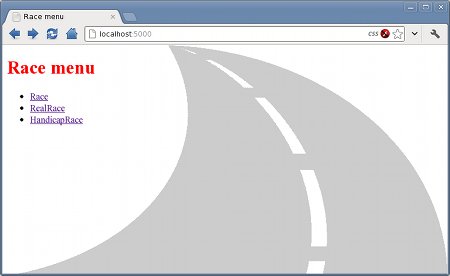 The Web, invented in 1991 by Tim Berners-Lee, has changed the way people interact with computers. More and more applications are now web-based and, consequently, programmers need to master standards such as HTTP, HTML and CSS. Interestingly, programming platforms, such as Python, have had to evolve too to provide facilities to implement web applications. Over the years, people have moved from low-level networking aspects to focus more on high-level aspects of web application development such as architecture, performance and security. This has been made possible, mostly, by the emergence of web frameworks. 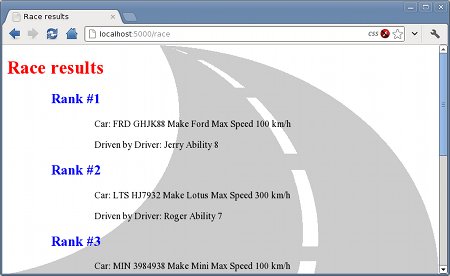 Using the Flask framework, we are going to further enhance our race simulation program to make it become a full-fledged web application. Like most modern web frameworks, Flask recommends that applications have a Model-View-Controller (MVC) architecture and that a templating engine be used to render views.