You are here: Home / News / Why we use Git at Knowledge7 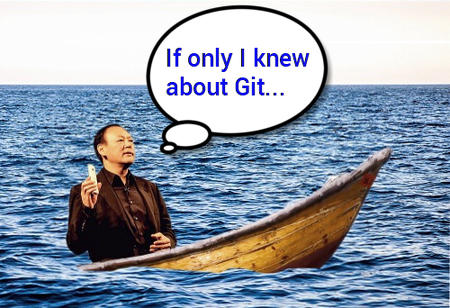 At Knowledge7, we have been developing software for a few years now and, although we have a relatively small team, we need a way to efficiently manage our software projects to avoid the awaiting chaos as overlaps, duplications and mistakes inevitably arise when different people bring changes to the same codebase.

For that, we use Git: a powerful version control system (VCS) and source code management system (SCM) used by thousands of people around the world. Git allows our developers to work collaboratively, to track changes and to roll back to previous versions in case of errors. We live today in an era where software development is becoming increasingly complex as software projects are becoming larger (thousands, even millions, of lines of code) and involve several developers working together, frequently working remotely, and a tool like Git can be a real life-saver.

This case study explains why we love Git and how it improves our life as software developers at Knowledge7.

We offer a short but in-depth training on Git if you are interested. Get the chance to win a free copy of our Effective Guide to Git ebook to be published in the coming weeks.

I use Git for a lot of different things:

I like the fact that Git works so smoothly: it’s quick, it’s efficient and it’s powerful in handling the thousands of files I have. I also like that Git is open source software, initially created by Linus Torvalds to manage the Linux kernel source code. If Git is good enough for such a gigantic task, then it’s surely good enough for me.

But, more simply, I love that Git allows me to work anywhere, anytime with all my colleagues. Even without an Internet connection. And we never have any issues. Git works.

I use Git for managing projects that I am working on as an individual and even those that I work on collaboratively at Knowledge7.

The simple fact that I do not have to scan several files or go through hundreds of lines of codes to know the difference between different versions of a project is a topper given the time it helps me save. Also, I no longer have to take the trouble of making copies of the project folders and naming them correctly.

And since I can always reset any project to a previously working state, Git gives me the feeling of being safe. And to top it, just writing proper messages once for each version helps me to have a progress log that I can use to report to my colleagues and recall a project even months after it was delivered.

After watching Titanic, I’m sure you would have wanted that Jake had a piece of wood to float on. That’s what Git allows you to do. Go back in the past, repair it and return back to present or even travel in the future, do what you want without being afraid of consequences.

I use Git to manage all my projects, be it personal or professional, be it software development, word processing in LaTeX or vector graphics in SVG. One of the most powerful features in Git is to allow you to revert back to previous working versions of your project. When you want to try something, just create a branch and try it. If it works, then great. If it doesn’t, no worries, just discard the branch. You have full control on your source code.

Git gives me the confidence to test things. I use Git because I love it, just like Jake loved Rose.

I’ve been using Git for several months now and I must say that it is a real life saver.

The possibility to easily move back and forth among the changes allows me try out new things without disrupting the whole system. I still remember when I used to modify several lines of code and finally realised that I had made a mistake. I then had to delete all the lines I had added and rewrite the lines I removed. Then new bugs appeared. Well, you get the picture. Fortunately, thanks to Git, this time is gone. And, yeah, I particularly like the fact that Git is easy to use.

Once you master it, Git completely changes software development.