You are here: Home / News / Linux has won and you should not wait too long 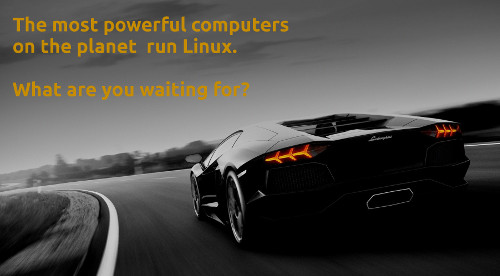 Top500 is a website which lists and describes the most powerful supercomputers on the planet. 97% of them run Linux. The majority of mobile devices on the planet run Android, a Linux distribution. The cloud is powered by Linux including the Google and Amazon cloud services. More and more appliances are now powered by Linux, including typical ADSL modems, firewalls and TVs. I am not even mentioning the myriad of IoT devices. Even without those, there are more devices running Linux on the planet than devices running Windows…

Not bad at all, hehe, for an operating system created twenty years ago by a young guy still at university.

Linux has won. And this is just the beginning.

It is important for all of us to know how to use Linux. It is a question of staying relevant.