You are here: Home / Topic / Optimising for tablets

Now, using the large size qualifier also has some limitations. Instead, we can use smallest-width qualifiers which allows us to specify specific screen sizes. For example, we can place the activity_details.xml file in the folder res/layout-sw600dp. Resources found in this folder would be used by devices whose smallest width is 600dp or more. Android also allows us to use orientation qualifiers such as res/layout-land where resources found in that folder would be used by devices in landscape mode.

Using the above mentioned qualifiers together with fragments, we can implement optimised and dynamic user interfaces which will adapt to different screen configurations quite easily. 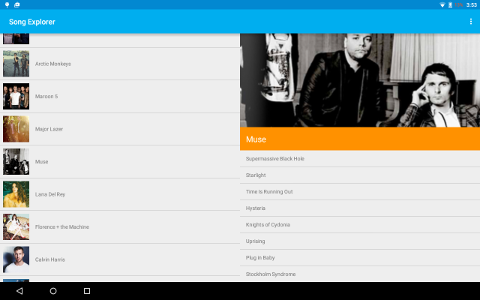