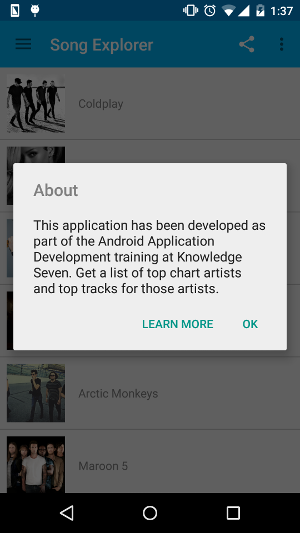 In SongExplorerForAll v6, we created an about menu in the action bar. Here, clicking on the about menu displays a dialog which gives information about the app.

When creating an intent, we have to specify the type of action to perform. Here, we use ACTION_VIEW which is basically used when we need to display data to the user. 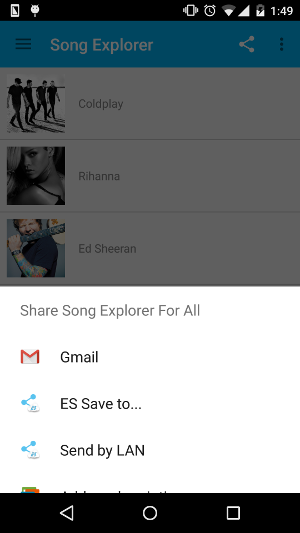 Another type of action is ACTION_SEND. This is used when we want the user to be able to share some data through another app. In SongExplorerForAll v8, when the user clicks on the share icon in the action bar, the latter will be able to share information about the Song Explorer For All app. The user is presented with a list of apps which can perform the sharing action (e.g. Gmail), from which he/she can choose.