You are here: Home / Topic / Databases

All Android devices have SQLite built-in and, consequently, Android applications can use this SQL database to store and manipulate data.

The SQLiteOpenHelper class needs to be derived and the two following methods implemented:

In addition to the two methods, the constructor also needs to be overrriden to indicate the database name as well as the version (starting at 1; if the database is older, onUpgrade will be used to upgrade the database). 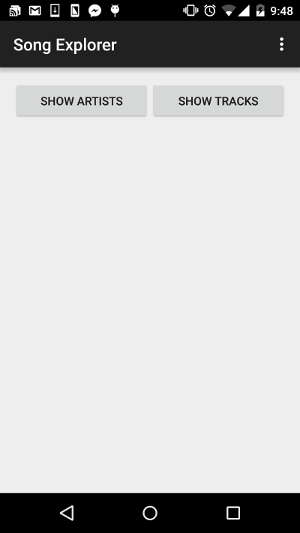 The work to do is to implement the Song Explorer app which will make use of a database to store data about artists and tracks. In version 1 of the app, the artists table will be created and populated with data. There will be two buttons namely Show Artists and Show Tracks. On pressing the Show Artists button, a list of artists will be retrieved from the database and displayed on the screen. Pressing the Show Tracks button will initially provoke an error as the version 1 database only contains information about artists. Version 2 of the app will solve the issue.

Note that two methods of the SQLiteDatabase class are useful here:

In version 2 of the Song Explorer app, we add a new table called tracks and populate it with some data. Since we are changing the database schema, we have to change the database version number and implement the onUpgrade method accordingly. Now, pressing the Show Tracks button displays a list of tracks. 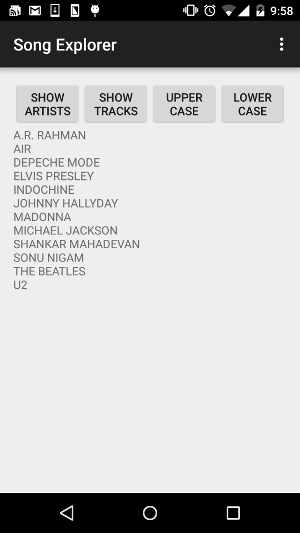